Valparaíso is about a 1 and a half hour bus ride away from Santiago.

Most of the pictures on this posting were taken on a tour of Valparaíso led by a friend with his company Tours 4 Tips. Here is the harbor. Apparently, people from Valparaíso refer to themselves as porteños (which means "port people" more or less). Check out the name of that little boat..... "I love Nikol". Sweet. 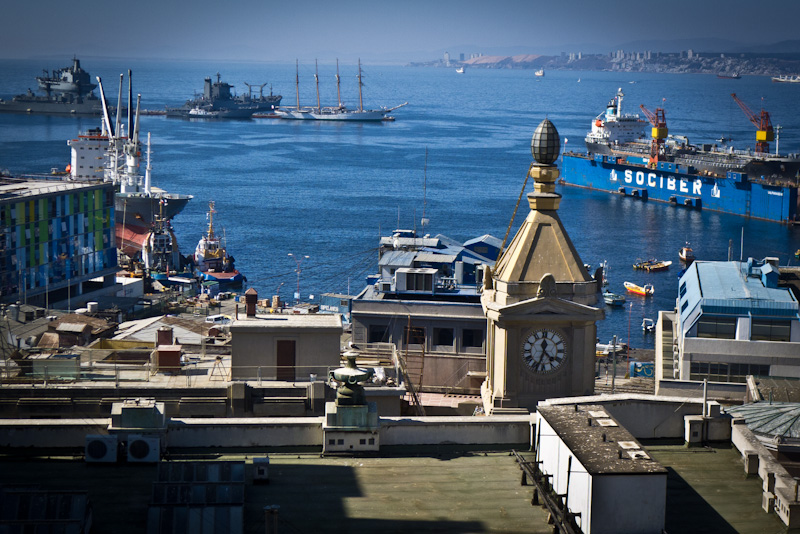 View from one of the 45 hills in Valparaíso. If you're too tired to walk up the hills, some hills have ascensores or old-school elevators that will take you slowly up-hill. The city reminded us of San Francisco, New Orleans, Havana, and Gloucester all rolled into one fun and crazy place. 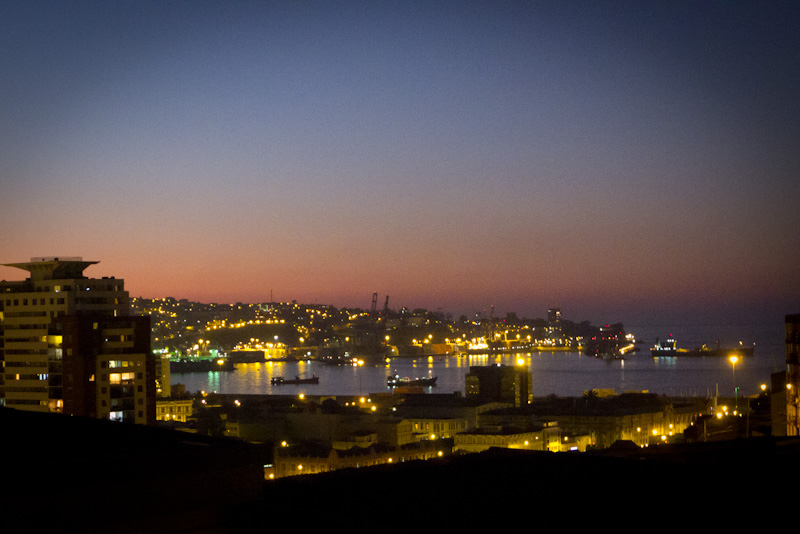 Night view of the city. 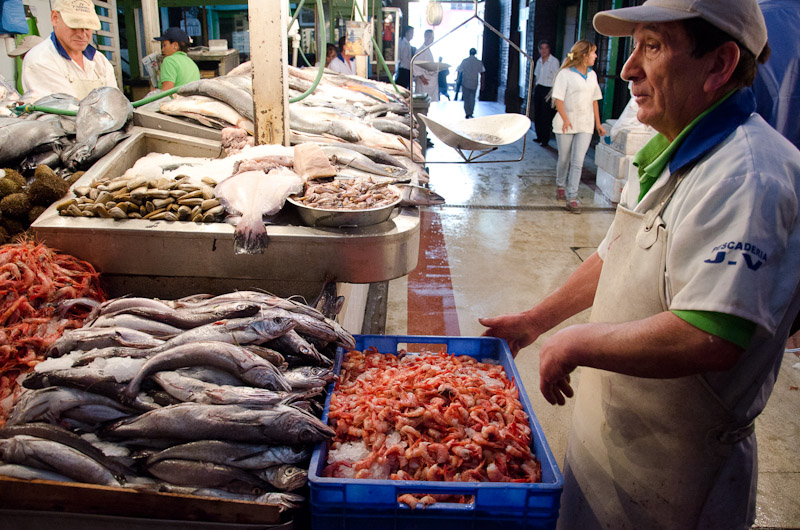 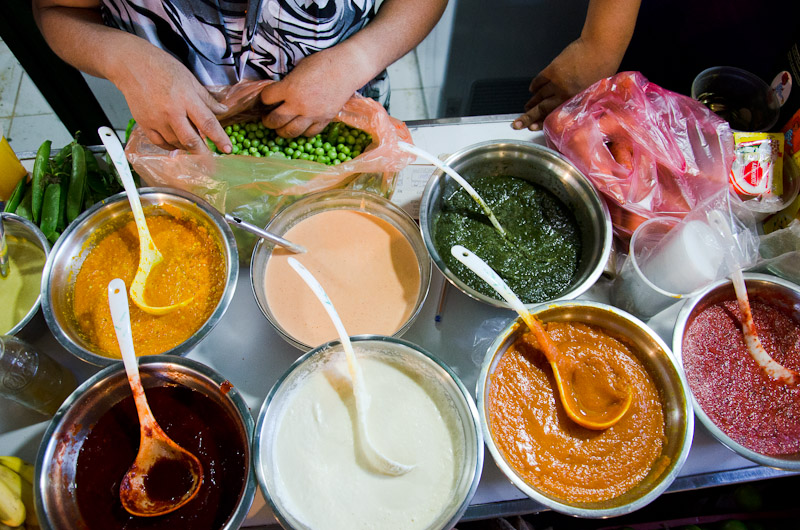 Peruvian sauces. The Peruvian woman who owns this stand at the market will put together a sauce for you if you just tell her what you plan on cooking it with. Chileans generally enjoy and eat a lot of Peruvian food. According to most of the Chileans we've talked to, Peruvian food and culture has added a lot of spice and flavor to Chilean culture. 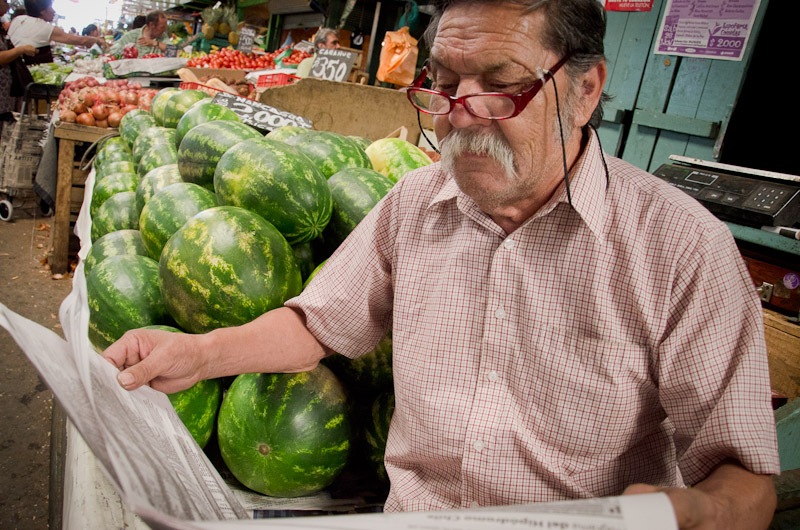 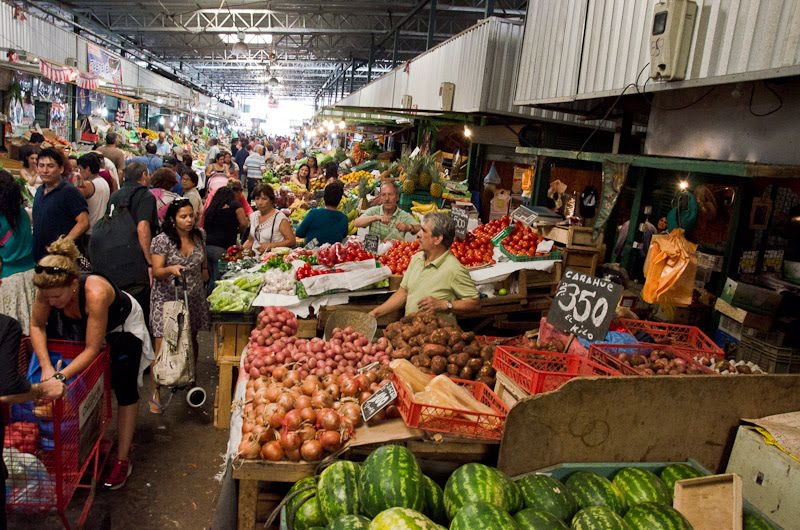 It's normally more crowded than this we hear. 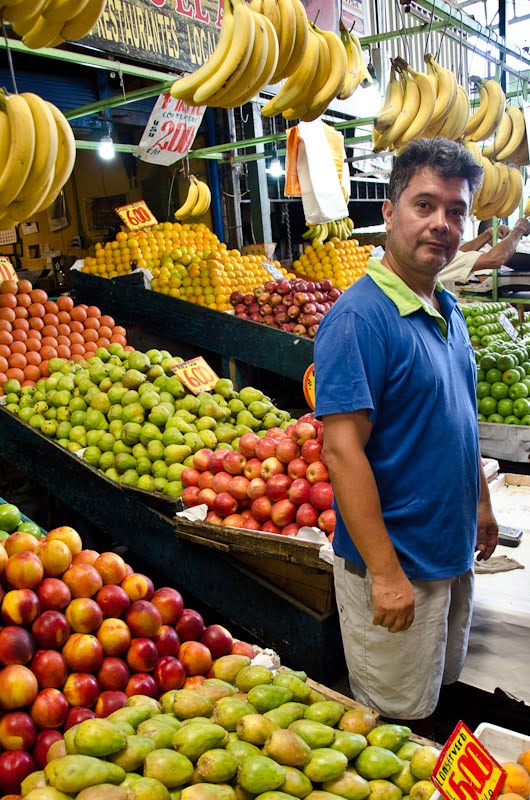 If you're looking at the prices, 500 is about 1 U.S. dollar and the prices are for kilograms, not pounds. 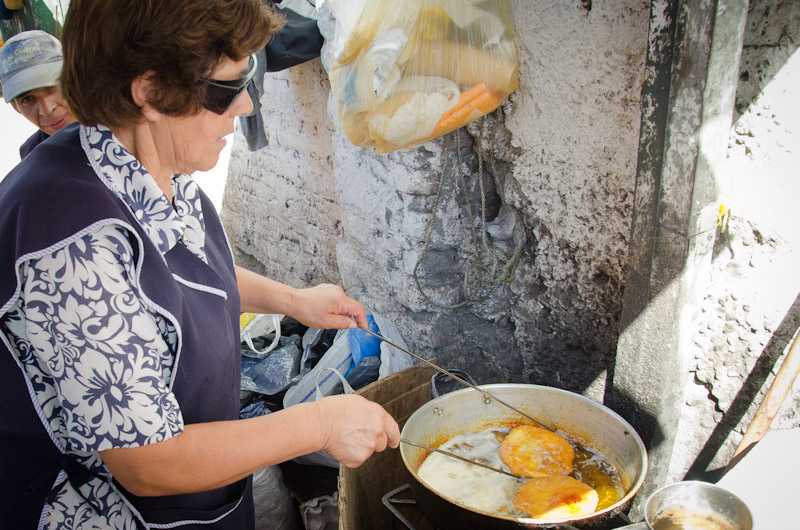 This woman is making sopaipillas which are made from mashed up pumpkin and flour, then deep fried. They're usually eaten with a spicy paste made out of crushed chiles. Very tasty. 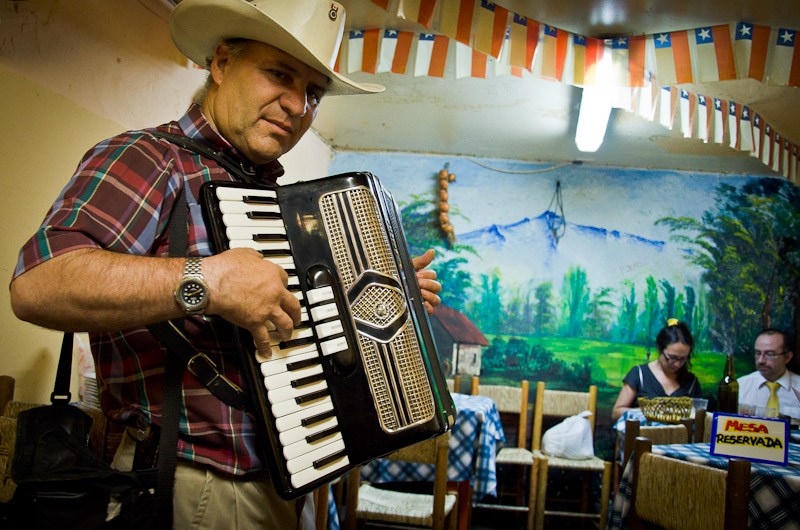 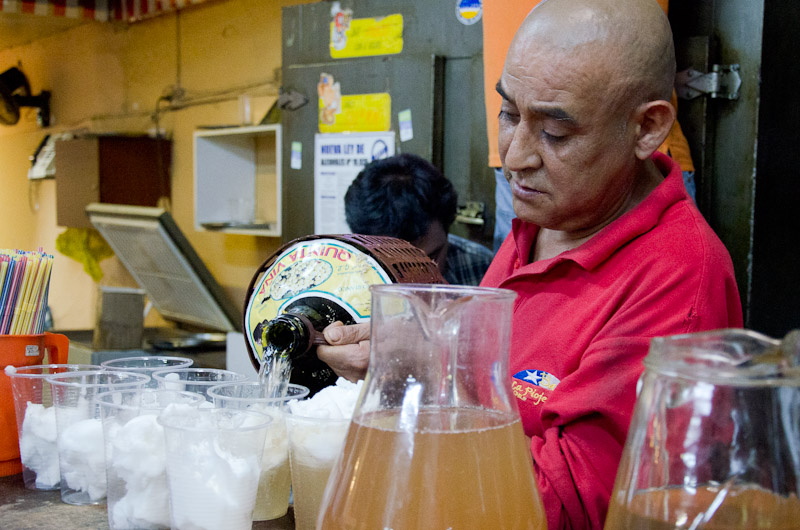 At a bar called La Piojera which is very well known in Santiago, they make a drink called the Terremoto (which means earthquake). They also have drinks called Aftershocks and Tsunamis but we stuck to the Terremoto. It's made out of pineapple ice-cream (which you can see is already in the glasses), white wine, and a little bit of Fernet.